UTF Spotlight: A Switch of Perspective 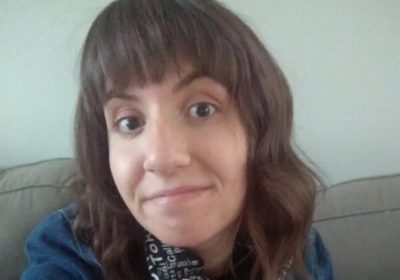 As stated in the previous post, the experiences of the UTFs help make the UTF program unique. UTFs use their positions not only to help them with their future career, but to also enrich their experiences now – here at USU.

Anna Clayton is a geography teaching major (the only of her kind since the university discontinued the major in 2016) and is currently a UTF for ART 1010. Clayton taught art over the summers and always wanted to be an art major but felt that the program was too competitive for her.

“Last year I was a UTF for geography 1330,” Clayton said. “I took drawing from this teacher many springs ago and I took a design class from him and then I said to him, ‘if you ever need a UTF,’” she said, “’let me know.’”

Now, as a UTF from two separate colleges, Clayton has a unique perspective, especially on teaching. Last year, Clayton devised homework assignments. This consisted of choosing questions that were most important to answer and presenting them in a variety of learning formats. As a UTF for ART 1010, she also grades and leads discussions.

“I realized how hard it is to be a teacher,” she laughed, explaining also how teachers take it upon themselves to help students depart from a bite-the-bullet mentality to an attitude of love for learning. 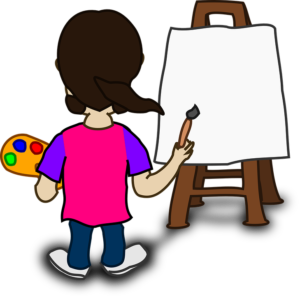 The students think “’how can I get this done as fast as possible,’” she said. “And I realize that’s how I think about school sometimes.”

But for the West Jordan, Utah, native, the switch of mentality has made a world of difference.

“I haven’t done very well in college until recently,” Clayton said. “A year ago, I would say ‘I haven’t learned anything in college,’ but in the last year all my learning has been accelerated just because I know how teachers want me to study and I figure out how I want to study.”

As a prospective teacher, Clayton said she now wants her students to gain the love for learning.

The change of perspective “has helped me mature more in my pursuit of education,” Clayton said. As a

sophomore, the fifth-year-senior said she didn’t know how to transition from “a kid taking classes” to someone who is really involved, someone who was into her studies.

“Being a UTF helped me do that,” she said.

However, not only has being a UTF with a new perspective on learning helped Clayton in her public education, but it has also helped her in her personal pursuits as well.

Anna Clayton is teaching herself French. With the new perspective on learning Clayton obtained by being a UTF, understanding the language has become a mix of being her own teacher and being her own student. “I try to set myself up for those roles,” she said.