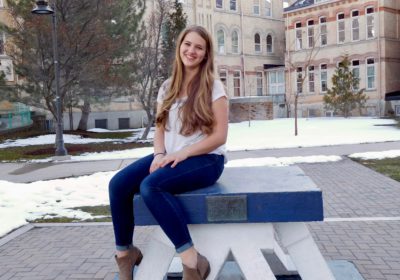 There are many things that make our UTF program unique. One such example are the UTFs themselves, who find that their experience as an undergraduate teaching fellow is a springboard to their career.

Meet Shaylen Fidel, a communication studies major with minors in chemistry, biology, finance, and environmental studies. Preparing for medical school, Fidel worked in a lab over the summer researching the evolutionary process of a certain type of butterfly (you can read more about the research here). She became a UTF because of a professor who worked with her in the lab.  The professor, Lauren Lucas, reached out to her one day with the proposal to be her UTF.

“We’ve worked together for a long time,” said Fidel, a native from Morgan, Utah. “Becoming a UTF has come through lots of networking,” she said, “from the UTF [position] I get to even meet more people.” 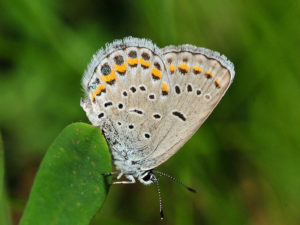 Part of her duties includes trimming DNA sequences for students in her fungal-endophyte lab. Because of this, Fidel spends time working closely with the DNA labs in the department. Fidel says that as a UTF “I get to see more of the lab work and I’m still learning as I go through the labs.”

With the new biology building being built, Fidel will be actively involved with setting up the new labs in that building, giving her a behind-the-scenes-pass on how a big biology lab is run.

This behind-the-scenes-pass includes rewriting labs, which includes coming with ideas to enhance the students’ learning. With Professor Lucas’s help, it also includes developing new lab documents for the old labs. Professor Lucas and Shay are also looking for the future when they move into the new building. Adjustments will be made to accommodate the different lab set-up. 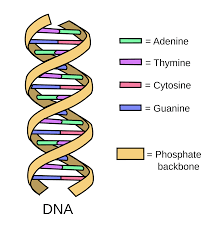 “It’s harder than you might think to write a step-by-step process because if there’s a thousand students going through the lab, said Fidel, “it’s pretty hard not to miss things.”

“A lot of the times as a student you don’t get to really realize what goes on,” Fidel said, “the amount of work and background to make something happen.”